From the Texas Panhandle to the Rio Grande Valley, there are still ranches dedicated to livestock. From old school cowboys from Santa Berta in South Texas or modern experimental farms such as the Circle K in Dallas, there are different types of cattle ranching to suit your lifestyle. Horses or four by fours, cattle ranching is hard yet rewarding work. Let’s take a look at the history behind Texas cattle ranching. 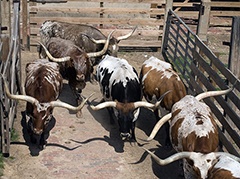 Ranching tends to evoke images of cowboys herding cattle and branding. It means romance and fun without the farm which is usually associated with work. A cowboy or cowgirl handles the cattle, horses, cows and other animals on the ranch. When cows are located far from the ranch cowboys are hired to monitor the herd daily. They will be there throughout the week, riding horses, controlling the cattle, taking part in cattle rides and then returning home at night.

You may have heard of these in the past or have seen movies from long ago about cattle drives. Cowboys and their horses going the distance to get the cows from their grazing land to auction or their sellers. Dark star lit nights and stories over a campfire galore. Long-distance cattle transports are a tradition in Mexico, California and Texas, and sometimes herds of horses are driven similarly, according to the Texas Department of Natural Resources. 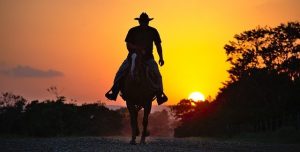 Some transport paths can become overcrowded and grazed, so ranchers will now buy and privatize large tracts of land to prepare for their livestock markets. Early cattle breeders didn’t necessarily do this, but did use methods that are still associated with livestock farming today. An example of this is use of horses as a means of transport and to protect and protect cattle from predators.

The main route taken by Texas ranchers was historically the Chisholm Trail, named after cattle pioneer and trader Jesse Chisholm. This trail stretched from central Texas to a railroad station in Abilene, Kansas. From there, they drove south along the Texas-Kansas border to Oklahoma and then north to Oklahoma City, Oklahoma.

Another trail, the “Goodnight – Loving Trail”, was located between Texas and Kansas. This train gave ranchers the opportunity to sell in Kansas, where demand for beef soared and prices were high. Cattle could be worth ten times as much at Kansas railway station as they were in Texas. This is because people from Wyoming and neighboring states were looking for cattle to start their own livestock farming. They would go to Kansas for them as it was easier to get to than Texas at the time. Shanghai Pierce and Charles Goodnight speculated that the large cattle drives after the Civil War were a major factor in the rise of the Texas cattle industry as popularity and availability soared.

One of the most successful cattle ranches in Texas and Kansas was established after cattle farming in the area, which began with cattle being driven from Texas railroad tracks to Abilene, Kansas, during the 1860s. By the mid-19th century, cowboys were driving more than 5 million cattle from the Texas-Kansas railroad to their ranches. On average, the cattle herds at the Kansas-Texas Rail-heads and other railroad sites counted about 3,000 heads.

Texas Cattle in Other States 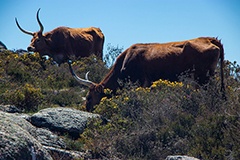 There will always be an attempt to replicate successful businesses. With that being said, the rest of the US also wanted to get in on the Texas cattle ranching business. This didn’t always work out through. For example, Midwestern cattle, such as Panhandle cattle that were allowed to mix with Texas cattle, seemed healthy at first, but became sick and often died. In Ohio, Kentucky and Illinois, farmers improved their herds quickly and brought excellent cattle to the market. They still don’t match up to cattle from Texas though!

The Texas Cattle industry is still going strong two hundred years later. Hard work and determination make these ranches run, that and the cowboys and cowgirls. Cattle ranching has a deep history in Texas, thankfully that won’t be stopping anytime soon!

1 thought on “Cattle Ranching and Cowboys”