Washington has a rich agriculture scene and is a perfect place to grow cash crops. The state has about 300 agricultural commodities grown and produced. Although it has a short growing season, fertile soil and lots of rainfall make this area well suited to vegetables and more! Agriculture accounts for over 12% of the State’s economy.

Washington’s apples are sold in ALL 50 States! It ranks number one for 11 different commodities as well and ranked number two for that many as well. This isn’t even accounting for the wine industry or the livestock industry that Washington has thriving. There is something for every month of the year that comes out of Washington from cherries to cabbage, the right crop is out there for you to grow!

A little over forty percent of exported goods from Washington are fruit! Apples are the expected fruit, but surprisingly raspberries have the largest market share in the state. Washington has about 40,000 farms within its borders which occupies about fifteen million acres of land.

Best Crops to Grow for a Profit in Washington

The biggest cash crops produced in Washington are potatoes, wheat, apples, and barley. 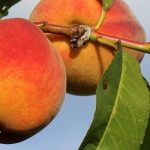 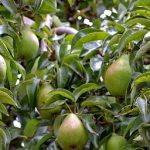 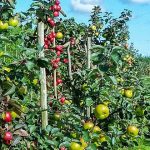 An Introduction to Growing Apple Trees 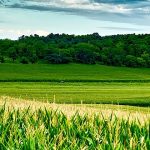 Best Crops to Grow in Illinois